Pearlie King has done his duty as a stallion and I have his semen frozen for future babies.  In order to give him a better quality of life we decided to geld him.  He can now frolic and play like a real horse and have pasture mates!  Pearlie King is an exceptionally example of a Gypsy Vanner standing at 15.1hh with impeccable conformation and movement.  He has a very refined head and the perfect balance of black and white markings with an abundance of gorgeous thick mane, tail, and feather.  He is trained under saddle.

He has produced amazing babies!  They all have his gorgeous head and star quality attitude! His fillies are stunning in conformation, movement, and demeanor representing their sires qualities in every way.  Pearlie King puts some serious "fancy" on his offspring. We will continue to use his semen in our breeding program.

Here are a list and links for his offspring.

Pearlie King's name comes from the London tradition begun in 1875 by a wee lad, Henry Croft.  Henry was born and raised in an orphanage in London.  At the age of 13 he had to leave and make his own way in the world.  His first job was as a road sweeper. Henry worked hard and soon made many friends.  He was particularly drawn to the Costermongers, a tough breed of market traders.  He got to know more about their way of life, their generosity and their fashion of sewing pearl buttons on the seams of their trousers, jackets, waistcoats, and caps.  This showed their status as they worked the market stalls.  They were a caring group who took care of each other during sickness or need.  Henry was so fascinated by this way of life that he decided that he would help those who were more unfortunate than himself, including the children at the orphanage where he spent his childhood.  In order to collect a lot of money for the orphanage Henry knew he had to draw attention to himself.  So Henry swept the markets and collected all the pearl buttons he found that had fallen off the clothes of people shopping the market.  When he had enough he sewed them on his cap and continued to sew until his entire suit was filled.  This was the very first "smother suit".

Henry was in so much demand for this charity work that he enlisted the help of the Costermongers, who became the first Pearlie Families, one for each London borough. The Pearly King and Pearlie Queen are indeed royalty in their boroughs and the tradition of charity work continues today with the "smother suit." 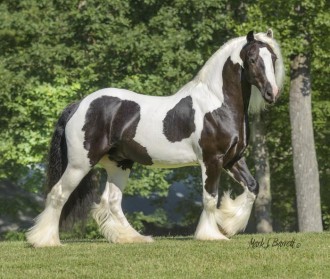